This course reviews diagnosis, treatment planning, and pre and post surgery orthodontics for combined orthodontic/orthognathic surgery cases. This unique surgical-orthodontic treatment approach is centered on optimal occlusal, joint, and airway function and includes a focus on the best facial esthetic results.
Dr. Sampermans will present criteria for successful occlusal treatment, detailing diagnostics, and quality occlusal-facial results. He will discuss the 40 common errors of pre and post surgical orthodontic management and will outline indications and error avoidance using case presentations. There is a one-day course given by Dr. Sampermans covering the orthodontic problems. The two day course can also be given together with surgeon Professor Dr. C. Politis, Head of the Department of Maxillo-Facial Surgery at Leuven University Hospitals and Professor of Department of Imaging and Pathology, KU-Leuven.

Graduated in 1980 as a general dentist from the University of Leuven, Belgium. In 1986 he started his private orthodontic office in Belgium and in 1997 in Heinsberg,Germany. From 2003 to 2010 he led an orthodontic office in Maastricht, the Netherlands. In 2010 he opened a brand new orthodontic office in Echt, the Netherlands. This office is considered a state of the art orthodontic office, including progressive concepts about service and efficiency using the latest digital developments. Dr. Sampermans is an affiliate member of the Angle Society in Southern California (USA) and has taught orthodontic treatment philosophy and orthodontic practice management both inside and outside of Europe for 15 years. He also offers micro-seminars in his office on self-ligating brackets, indirect bonding, computer related 3D technology, and modern practice management. Since 2003, he has been a speaker at 30 orthodontic congresses. He has first-class knowledge and extensive experiences with pre-adjusted appliance systems (Andrews, Roth, MBT, Roncone). He has worked with active self-ligating bracket systems since 2003, finishing over 5000 cases with this system. Dr. Sampermans is a guest lecturer at the post-graduate program at the University of Regensburg, Germany and lecturer at the ZAFI-Institut in Vienna. 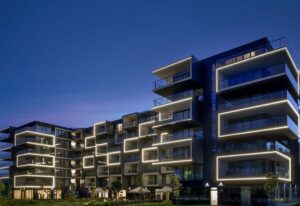