to the course left:

Dr. Christensen graduated from UNLV in 1995 with
a Bachelors of Science degree in Biomechanical Kinesiology. During his time in undergraduate study, he also took a two year hiatus from his studies to serve a service mission in the Dominican Republic. He attended dental school at Creighton University and graduated Magna Cum Laude in 2000. While at Creighton he received numerous academic awards and distinctions, including memberships into the prestigious Alpha Omega International Dental Fraternity and Omricon Kappa Upsilon National Dental Honor Society, as well as membership into Alpha Sigma Nu, the National Jesuit Honor Society. He received his MS degree and certificate in Orthodontics from Baylor College of Dentistry in 2002. 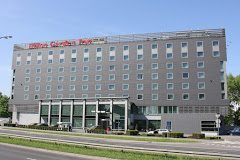